Olympia Kensington once again played host to the BBC Good Food Show London and this year also hosted the Good Food Bakes & Cakes Show. And thanks to the generosity of Tracy from The Little Pink Kitchen (and now midlifenorfolkwife.com), I was able to go this year. I attended my first Good Food Show back in March and I’ve been itching to go to another. 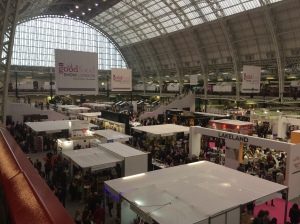 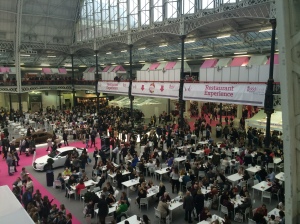 My day started at 6am and it was dark and bleak. Even so, the weather couldn’t put me off being incredibly excited about going to the show as well as meeting up with Tracy and Sandra, both of whom I met just 2 months ago at the filming of An Extra Slice, which you can read about here.

I boarded the train at 6:55am and it was still dark and freezing. Soon the train started packing up with workers off to London and it got lighter outside. Arriving at West Ham at 7:54am, and meeting Tracy at Olympia at 9:30am, I knew that I would arrive quite early. Still, I boarded the District line to Wimbledon with headphones on minding my own business. Now it wasn’t busy at all and I decided to get off at Victoria whilst I had an hour still to go.

Now it’s been 2 hours and not having had breakfast before I left, I had to sit down with a cup of tea and a McDonalds (desperate times!) but the warmth of it all made me feel good inside. I took my tea with me and went for a quick snoop around the shopping centre. I will return here one day as I only saw a fraction of it but I stopped by the Lola’s Cupcakes stand to take a picture of the beautiful cupcakes. 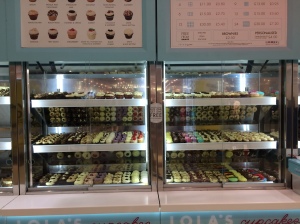 After another trundle along the District line and then missing the first Overground train to Olympia by just 10 seconds, Tracy and I eventually met up at Olympia. We dropped our bags off at the Press Office and were immediately given tickets to watch Paul Hollywood in the Supertheatre. Front row seats for us press-pass people but a very poor angle! Sat next to showbiz editors from the Daily Mail, we watched Paul make a Fougasse and a Chocolate Cherry Swiss Roll and it got me into the mood for a great day. 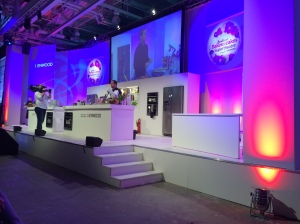 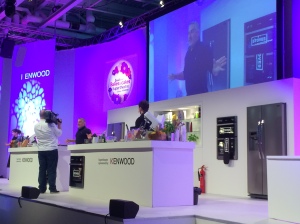 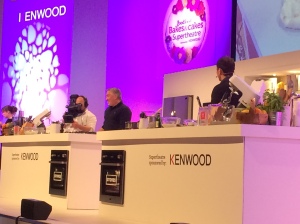 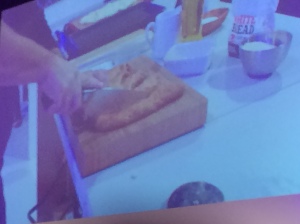 We went our separate ways and I worked my way around most of the stalls, sampling the food. Upon returning to the Press Office, there were lots of free samples that were available to us and I wish I made the most of them! However there was a lot of great stuff at the show, here was my haul!

I established links with 2 companies and I am in the process of writing reviews of their products which will be out early next year. One of my favourite purchases from the show was this Chorizo and Red Pepper Quiche from Hush Hush Chefs which was absolutely phenomenal. It was made with filo pastry and it was crisp even after the 3 hours from purchasing. My other favourite purchase was from Mamy Sugarcraft and their sprinkles. 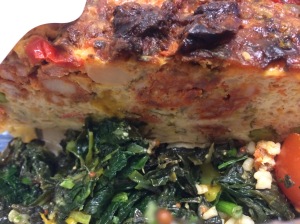 All in all it was an absolutely brilliant day out and I took photos of the products the stalls were selling, of which here were some of the most memorable. 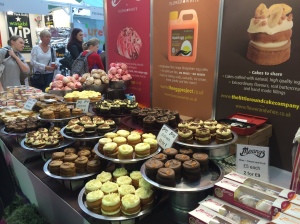 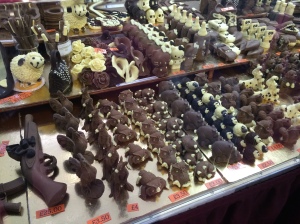 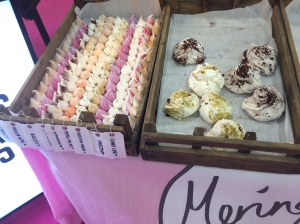 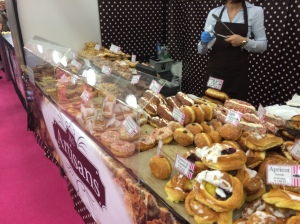 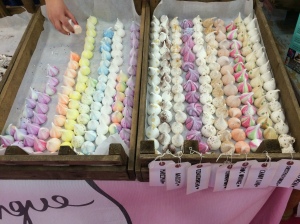 Thanks again to Tracy for giving me a pass, I loved this day out and I am so grateful. I did help Tracy get a signed book by Paul Hollywood after all!

And I also got to meet my baking hero, John Whaite! 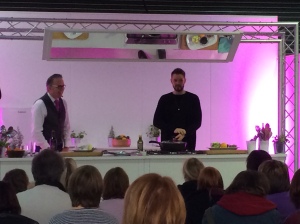 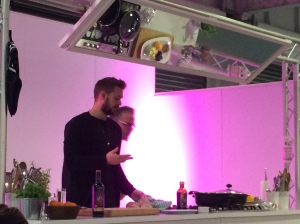